Well, it’s been all go here! No sooner had the schools finished when it was time for camp and my youngest is off being a cadet. I’ve still got my eldest at home, although at 19 he’s rarely seen outside his room. That’s not really fair on him, as he is an illustrator and I know he’s sitting up there drawing comics, but subtle hints that he might want to spend more time downstairs with the family are politely ignored.My eldest daughter has been a great help in the last fortnight, there’s a lot of organising to do because………………….WE’RE GETTING A PUPPY!

I’m definitely the most excited, and it took a while to decide between puppy or rescue dog. It wasn’t an easy choice but in the end we decided a puppy would be best for our family, and after searching found a breeder with a great reputation and a litter available.  Our new arrival is coming home tomorrow. Today is really dragging. It’s such a strange experience, akin to waiting on a baby’s arrival. I keep finding things in the house that could be dangerous, suddenly I feel like we’ve been living in a death trap (we don’t, honestly 🙂 ) Puppy proofing the house takes a lot longer than I thought it would. I’m considering de-snailing the garden, as my sister Chihuahua keeps finding them and bringing them into house to ‘play’ with. There’s wires and spaces and houseplants and…hundreds of stuff

There’s also been quite a few mermaid blankets made, wrapped in plastic and put away safely so they don’t get dog hair on them! I’d never thought about it before but dog hair is sneaky.

I was raised in a family of rescue dogs. All our dogs ‘chose’ us, and we had mongrels of one sort or another. I always said when I got a dog of my own I’d get a staffy. I grew up with one and know what loving and comical dogs they are. But my other half hasn’t ever lived with a staffy, let alone a rescue dog. Between us we have 5 teenagers, which I thought would be perfect for a robust, energetic dog, especially now the kids are getting into Pokemon go! With one away, there’s still ongoing talk about who is coming with us to pick up the pup*

After lots (& lots &lots&lots) of discussions I realised it would be cruel to bring a dog into the house that wasn’t wanted 110% by everyone in the house. We decided to get a Labrador puppy instead (my kids haven’t shared a home with a dog for longer than a few days).  Until the day I can give a staffy a home, I’ll keep crocheting blankets for shelters.

This is the first pic of our newest agent, Jax  He’ll be 9 weeks on friday 🙂 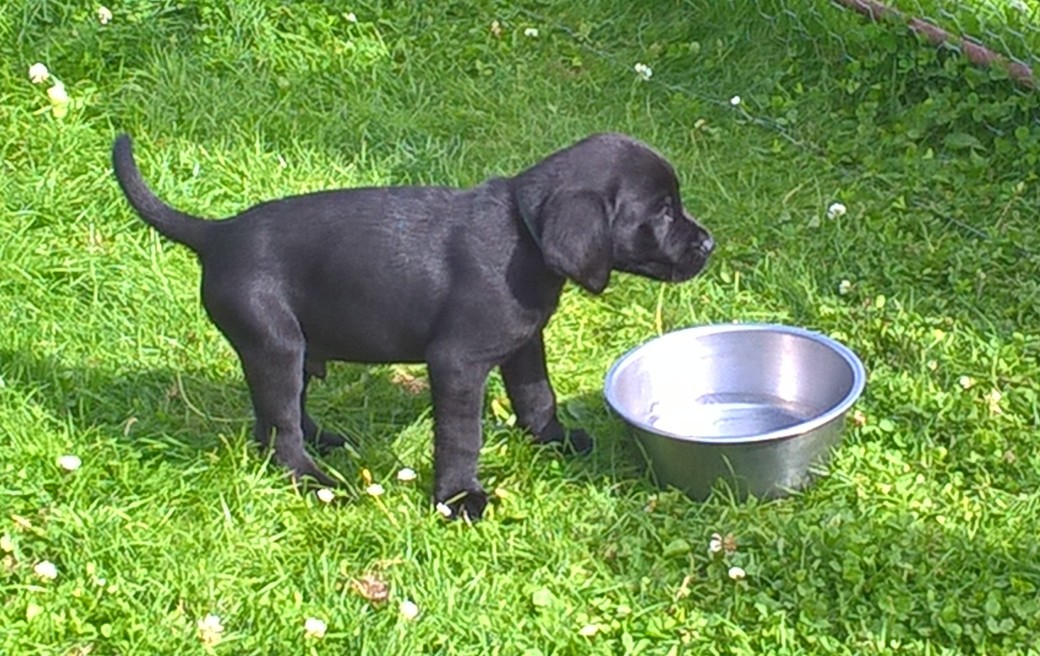 *cadet daughter knows all about the puppy and knows he will be here when she gets home, I’m not going to ‘surprise’ her with him. I don’t think that’s a good idea, and have been brought up to know that Pets aren’t Presents. (am I the only one that remembers that campaign in the 80’s?) She has even left a sleep t-shirt for him to smell until she returns so he recognises her scent! Good thinking for a 13 year old.