As I previously mentioned, I making a pixel blanket which needs 1040 squares. This doesn’t count the 9 (at least) rows of dc round the entire thing when stitched together!

So I’ve had quite a few squares to block recently.

I’ve never really had to block stuff before. Toys rarely need it and when it comes to clothing I’ve mostly made boleros and shrugs for specific occasions. For those, its been a case of ‘off the hook and straight to wear’, I do end up leaving things to the last minute, lol.
I decided to make do with what I had lying around for this, after all I had play foam floor squares and garden kneelers already in the cupboard, what could go wrong? 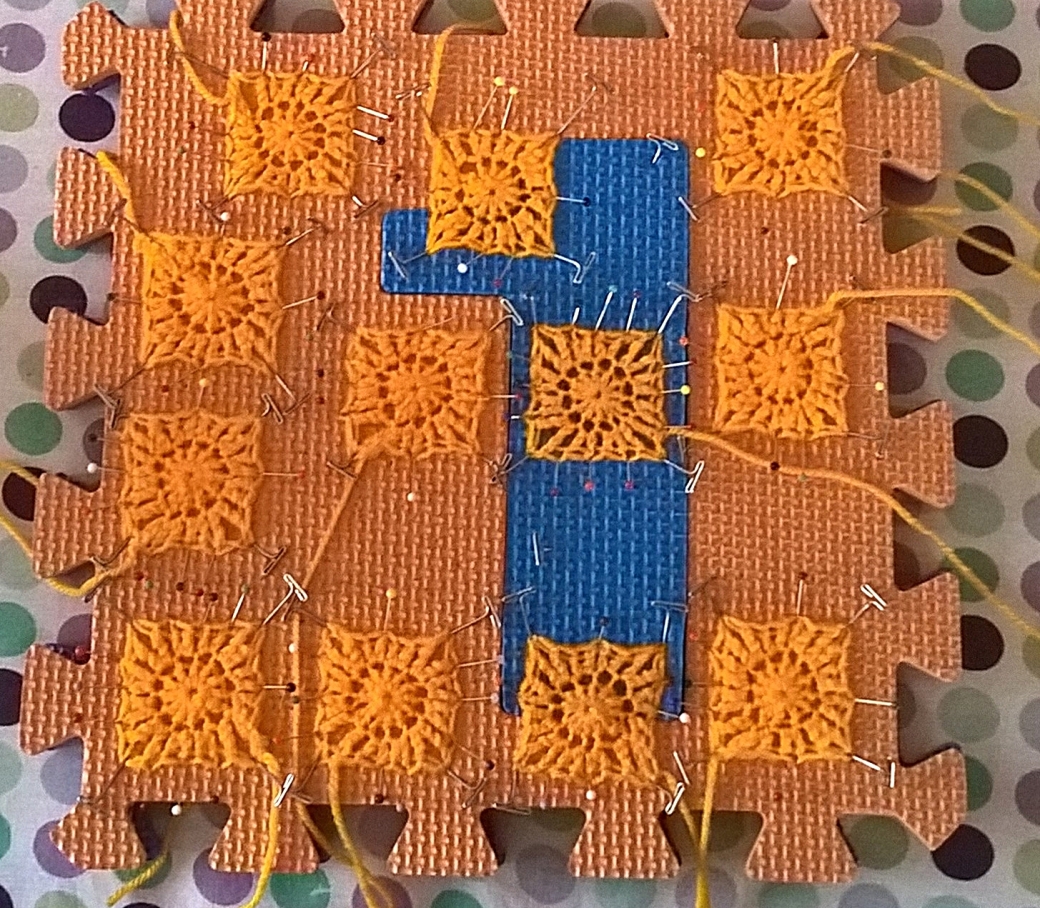 Well, the squares aren’t as thick as I thought and I’m quite an enthusiastic pinner, so now my kitchen table has scratches on it. Only wee ones but I know they’re there. Also, the numbers in the middle keep falling out. I’ve been using a 4cm cardboard square to get the size right. A marked mat would be so much easier *sigh*
The kneelers work just fine doubled up with 3mm dpns stuck in to hold blocked squares. They hold about 15 – 18 before they go a bit wonky. 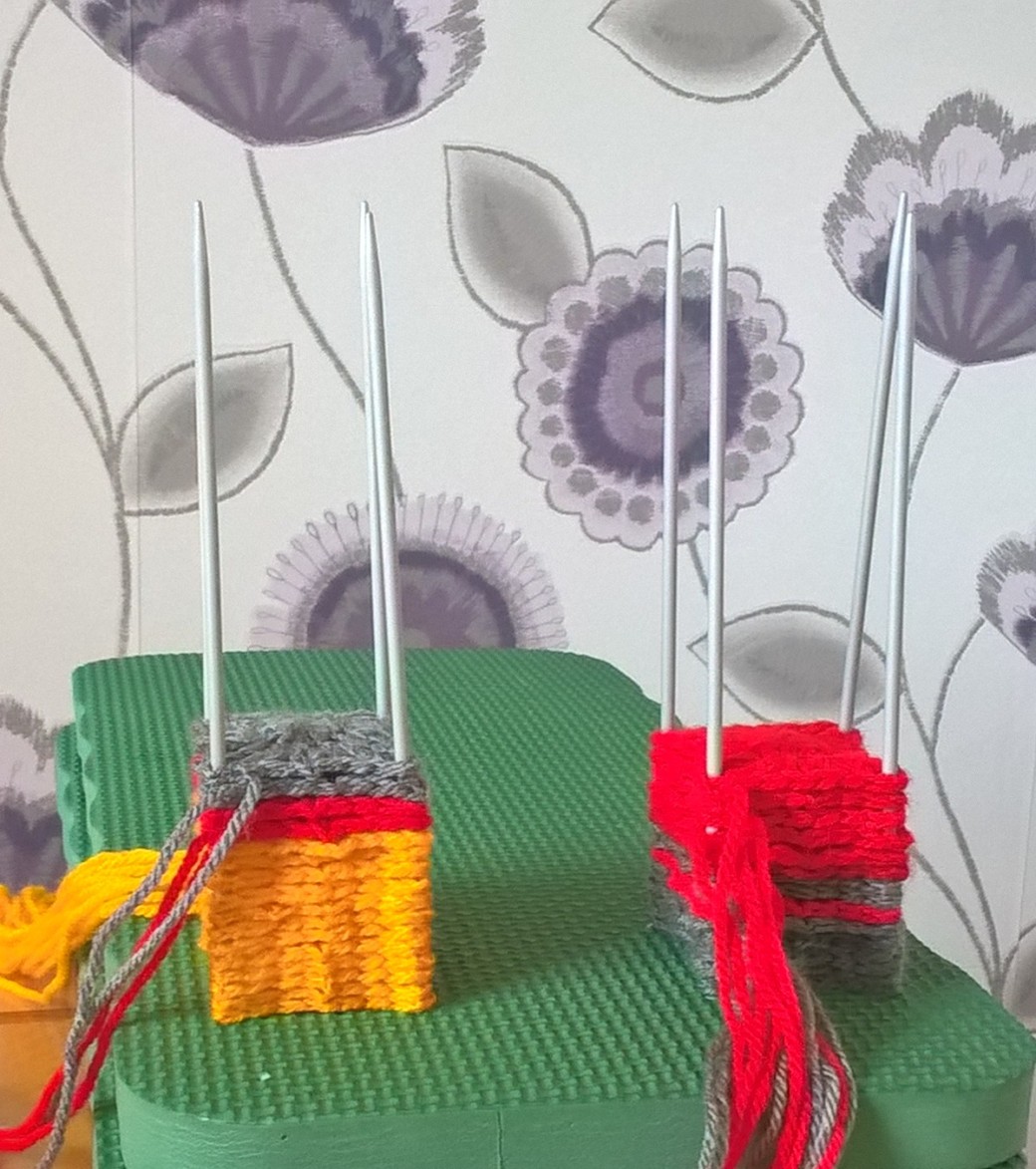 Squares are getting blocked a dozen at a time, which isn’t many but is essential, as it turns out I didn’t weave in the ends of the first couple of hundred :-\  This is one crocheter who is definitely going to be shopping for a blocking mat in the near future.

This blanket making is sure getting interesting.

3 thoughts on “Making do and blocking blues”